How to Make Your HDMI Gaming Console Work With Your X Rocker Gaming Chair?

The only solution to this common problem is to buy another device, which is quite frustrating for several users as they have to spend more money to avail the services of a gaming chair.

Technology has witnessed a lot of change over the years as new chips, controllers, connectors and other gaming equipment are being designed for enhancing the gaming experience.

So, now the problem is that many users own a modern gaming system with an HDMI port, but owns a gaming chair that supports RCA connectors and because of this, they are not able to make their HDMI gaming console work with their gaming chair. 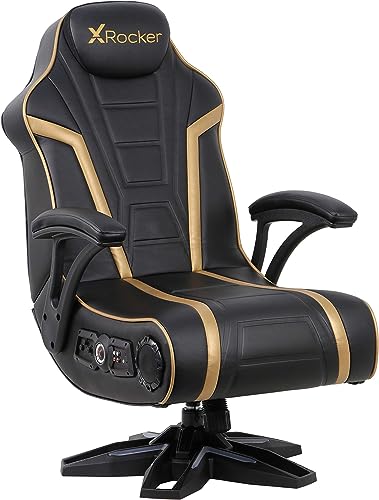 The best way to deal with this problem is to follow the solution mentioned below:

In the meantime, it will send the video signals to another HDMI port that you can interface with your HD Television, guaranteeing the same video quality.
So, all you need is an HDMI audio extractor, two HDMI cables, and RCA cables to get rid of this common problem.

Now, you should use the RCA cables provided along with the X rocker game chair to establish a connection between the converter and the chair.

X rocker gaming chairs are compatible with several gaming consoles, which allow you to establish a connection without requiring an additional adapter or device. You do not need to purchase an HDMI audio converter or device for the following game consoles:

The latest sensation in the gaming industry is Xbox one and PS4. However, you need to buy an additional adapter for both the gaming consoles to establish a connection.

As mentioned above, you do not need an additional adapter to connect your chair with X box 360 or Playstation 3.

Steps to connect Xbox One and PS4 via HDMI connector

Xbox One and PS4 are the latest gaming consoles that come with an HDMI port. The HDMI port is responsible for transmitting high-quality sound as well as video.

As mentioned above, you will require HDMI audio converter and two HDMI cables for establishing a connection. So, let’s have a look at the steps to connect your HDMI gaming chair with the latest gaming consoles with HDMI port:

These are the basic three steps for connecting your gaming chair with X box one and PS4. So, follow this procedure step by step for establishing a strong connection between your chair and the advanced gaming consoles.

Using an HDMI connector is the simplest method for connecting your HDMI gaming console with your gaming chair. HDMI converters are easily available in the market and are doesn’t cost you a lot of money as they can be purchased between $25- $65 only.

The road to choosing the best gaming chair brand was not plain for me, for it had many bumps and hurdles on the way. I suffered not only with chronic back pain but also with high levels of stress. Such unpleasant experiences kept repeating until I finally found best gaming chair brand for my stress-free gaming moment. Well, the best thing is that those unpleasant experiences actually helped me develop a good sense of good and bad when it comes to choosing a gaming chair. Now I am working with industry experts and some gaming enthusiasts to bring credible information and reviews for my readers. I love this journey, thank you for being a part of it!